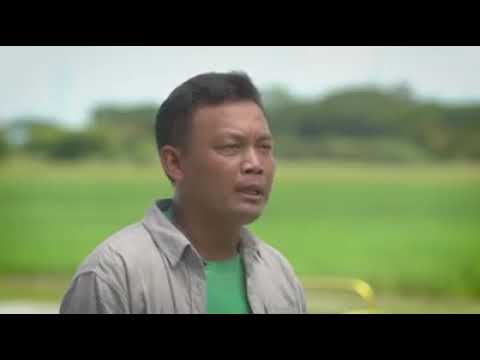 Just In – Thank you Mr. President for signing two major laws for the agricultural sector, RA 10845 or the Anti –agricultural smuggling Act and RA10848 Further extending the period of implementation of the Agricultural Competitiveness Enhancement Fund (ACEF), on May 23, 2016, and two more local laws -

RA 10845 or AN ACT DECLARING LARGE-SCALE AGRICULTURAL SMUGGLING AS ECONOMIC SABOTAGE, PRESCRIBING PENALTIES THEREFOR AND FOR OTHER PURPOSES

"For years, we have seen how the snail-paced prosecution of smugglers has hindered our campaign against smugglers. Before this law the charge is bailable, the wealthy smugglers were not intimidated.

"Now our anti-smuggling law is no longer a mere slap on the wrist. It is our hope that this law will help ensure food security and stability now that this law made agricultural smuggling a non-bailable offense. This will help protect the livelihood of our farmers and to ensure their economic well-being.

The law provides that, when the offender is a government official or employee acting in connivance with private individuals or entities or other government officials or employee, he shall be charged as principal without prejudice to administrative, civil and criminal cases which may be filed against him.

The following shall likewise be deemed as principals to the crime of agricultural smuggling as economic sabotage: a. Forwarders, Charterers, Transporters of Smuggled Agricultural Products Subject to Economic Sabotage b. Warehouse Owners and Lessees c. The registered owner, lessee, president or chief executive officer of the private port, fish port, fish landing sites, resorts, airports who knowingly let the agricultural product to be smuggled into the country shall be held liable as principal by dispensable cooperation.

Any person, natural or juridical, found guilty as principal under Sections 5, 6, 7 and 8 of this Act shall suffer the following penalties: a. Reclusion perpetua; b. A fine of twice the fair value of the smuggled agricultural product, or fine equal to the aggregate amount of the taxes, duties and other charges avoided, whichever is higher; c. Confiscation of the smuggled agricultural product; d. Cancellation and revocation of business license, import permits and other pertinent documents for importation; e. Forfeiture of property used in agricultural smuggling, consistent with Section 2530 of the Tariff and Customs Code and without prejudice to Section 2531 of the same Code; and f. perpetual absolute disqualification to engage in any business of importation.

Any person, natural or juridical, found guilty as accomplice shall suffer the penalties as prescribed by the law.

"Filipino farmers and fisherfolk are still among the poorest in our country. They need continuous support in training, education and capital, among others, to enhance their competitiveness amidst intensifying competition - the very essence of ACEF," Senator Cynthia Villar said.

Extended until 2020, the agriculture sector needs the boost that ACEF can provide.

Under the measure, the fund shall provide the necessary credit to farmers and fisherfolk cooperatives and associations, including micro and small-scale enterprises.

Villar said that the law incorporates new reforms that will address the "reasons why ACEF had failed to deliver on its promised objectives," including the implementation of stricter guidelines to make sure that only legitimate farmers and fisherfolk will have access to the funds.

"We will strictly ensure that the projects that will be funded by the ACEF will really enhance the competitiveness of target project beneficiaries or sectors," Villar added.

Under the law, about 80 percent of the fund will be in the form of credit with minimal interest. This means that only P5 million per cooperative and P1 million per individual be released for the acquisition and establishment of agri-based production and post-production, processing, machineries, equipment and facilities to be at par with modern agricultural practices.

The law, the managing the credit facility will be tasked to the Land Bank of the Philippines. Loan beneficiaries, for their part, shall carry not less than ten percent of the total cost of the project, which may be in the form of capital outlay, labor, project site, facilities, equipment and salaries.

For the remainder of the fund, 10 percent will be extended as grants for research and development of agricultural and fishery products, and the commercialization of such, including the upgrading of research facilities of qualified state universities and colleges, which again shall not exceed P5 million per project.

The remaining 10 percent will be used for the funding of a comprehensive and attractive grant-in-aid program for agriculture, forestry, fisheries and veterinary medicine education, to be implemented by the Commission on Higher Education.