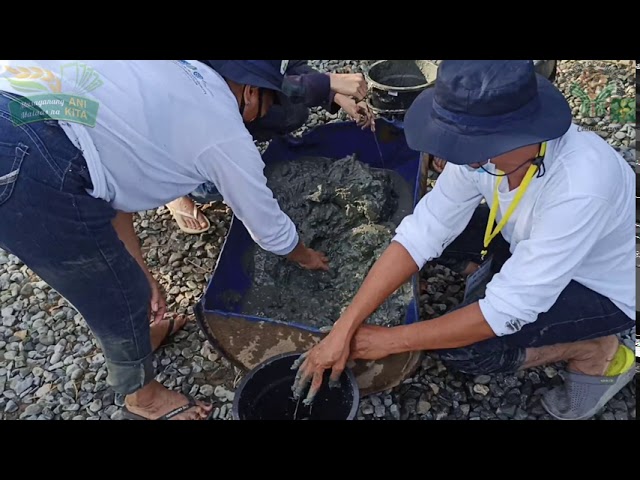 Department of Agriculture - Bureau of Fisheries and Aquatic Resources (BFAR)

I am happy to be here with all of you today. Lalo pa at ngayong araw ay ila-launch ng BFAR ang five-year national program dubbed as the Comprehensive National Fisheries Industry Development Plan (CNFIDP) 2016-2020, which seeks to increase the output of the country’s fisheries sector.

As you know, the Fisheries Code of 1998 or R.A. 8550, as amended by Republic Act (R.A.) 10654 mandated the formulation of the CNFIDP. As the current chairperson of the Senate Committee on Agriculture and Food, I was the principal author and sponsor of R.A. 10654 (An Act to Prevent, Deter and Eliminate Illegal, Unreported and Unregulated Fishing, Amending R.A. 8550). Kasama ang Mababang Kapulungan ng Kongreso (House of Representatives), DA, BFAR, mga

The enactment also caused the lifting of the yellow tag imposed by the European Union (EU), which if not immediately addressed, would cause a ban on the exportation of fish products to one of the country's largest markets.

The amended law will level the fishing legislation at par with other countries, especially with regard to conservation measures regarding threatened aquatic species, highly migratory species, and other marine resources. Based on the 2010 Census of Marine Life, 90 percent of the large fish were already depleted due to overfishing.

It is our common interest to make sure that there is continuous fishing which would only be possible if we prevent all forms of activities that jeopardize the sustainability of our resources. The amended Fisheries Code will benefit fishing entities who abide by the law.

Sa pagpasa ng amendments sa Fisheries Code, hindi namin ginalaw ang fishing in municipal waters because these are governed by the Local Government Code. The law provides that no commercial fishing is allowed within the 10.1 to 15-kilometer area from the shoreline in municipal waters, except small and medium fishing vessel duly authorized by the local government through its local chief executive pursuant to an appropriate ordinance.

A highlight of the law is the creation of the Fisheries Management Fund, which will be sourced from the collection of fines and penalties under the law for commercial and deep-sea fishing companies. By increasing the penalty against illegal fishing activities, we are not only

discouraging fishing companies from committing those acts, we are also putting up a fund that will help the fishery sector—25 percent of the fund will be allocated to BFAR for fishery law enforcement and 75 percent will be allotted to provide assistance to poor fisherfolks.

Organization (FAO) ang nagsabi na ang food security ng lahat ng bansa ay nakasalalay sa mga small farmers and fisherfolks. According to FAO, 70% of food we consume globally comes from them. Based on official statistics, 1.5 billion of people globally are estimated to be involved in

family farming in over 500 million small farms worldwide. Ang seguridad ng pagkain ng ating bansa, at ng buong mundo, ay nakasalalay sa mga maliliit na mga magsasaka. In fact, 2014 has been designated by United Nations as the International Year of Family Farming. Family farmers are a crucial part of our efforts to reach sustainable food security. As such, we need to develop and implement specific policies, programs, and strategies.

implementation and enforcement of laws and policies to better safeguard areas within our sovereignty and jurisdiction.

also seek to alleviate poverty and to provide supplementary livelihood

among municipal fisherfolks, who, together with farmers, remained among the poorest in the country. Based on the latest study, fishermen posted the highest poverty incidence for nine basic sectors in the Philippines at 41.4 percent. That incidence level for fisherman had

remained unchanged since 2006. Definitely, that has got to improve. Natugunan na ang ating need for a strong fisheries law. BFAR’s budget for 2016 has also increased to PhP6.7 billion, which will be used to fund livelihood programs and projects for the fisheries sector.

At ngayon naman meron na rin tayong comprehensive national plan—ang CNFIDP na ready na for implementation. Kaya, we have reasons to be really optimistic about the future growth and

development of the Philippine fisheries sector. I was able to participate in some of the consensus-building consultations, particularly the fisheries stakeholders’ workshops, and I

know the amount of work that went into the finalization of the CNFIDP. Of course, we hope that it will be effectively implemented, so that we can truly ensure the significant growth in the Philippine fisheries sector over the next five years.

I always emphasize na napakaimportante sa atin ng fisheries sector, because we are an agricultural country. The fisheries sector also provides direct and indirect employment to over one million Filipino people.